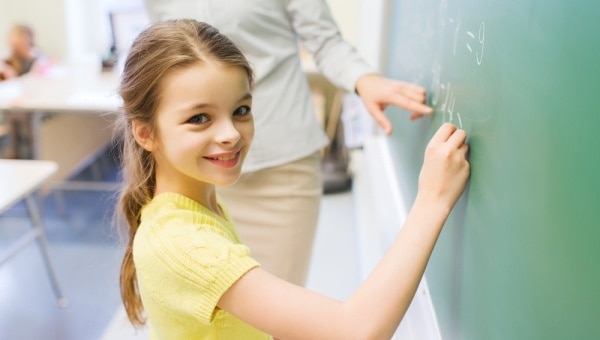 The British have a saying that goes, “It’s not like the good old days,” and that’s certainly true to a point. Some things have certainly taken a turn for the worst: manners have gone out the window, children rarely play outside, and neighbours don’t mingle like they used to do. But it’s not the phrase to describe British boarding schools, which have moved with the times. They have certainly not gone backwards when it comes to nurturing pupils and keeping families on their side.

The majority of my writings about the British boarding school experience have tended to focus on the fruits of the present. We live in an era of luxury boarding houses and world-class sports facilities, a time of pastoral care of the highest order. But it’s instructive to review the past to see how boarding schools had to pick themselves up when they were down, and also to review just how they have moved with the times.

Excellent pastoral care, and concern for the well-being of the pupils, should be at the heart of every boarding school. Independent schools are now very good at nurturing pupils, but to make that possible, they must ensure the pupils feel like their environment is a home-from-home. This was not always the case. In 1989, the British Parliament passed the Children Act to nudge schools to provide a more comfortable living environment, along with suitable individuals with whom children could share their problems. In the 1970s, Eton had boarding houses with no central heating, something which would be unimaginable today. (I also recall some icy mornings at boarding school though my dorm was generally cosy.)

Modern boarding houses are exceptionally safe and warm environments. Over the years, pupils have gained access to spacious rooms with en-suite bathrooms. Opportunities for pupils to personalise their rooms, and install high-quality furniture, are also more likely to exist. But not everything should revolve around privacy and luxury, and a solid pastoral team must exist to enable pupils to have a complete feeling of well-being. In a modern boarding school, children are cared for by house-parents, who are often a married couple with their own family. This helps the home-away-from home concept to flourish. Moreover, there are always dedicated matrons at hand to give children a hug when things are not going so well.

Before the 1980s, contact between schools and parents was extremely limited, especially when you compare it to the extent the two groups interact in the modern era. Parents may have attended the occasional speech, but they had to rely on an end-of-term report to gauge how well their child had progressed. Parents’ evenings started in the 1980s, but schools hardly looked forward to them, knowing that their etiquette and professionalism would be in line for criticism. Consumer power took hold in the 1990s and parents began to demand value for money. Schools realised that parents were their most valuable assets, and sought to develop relationships with them, rather than brush them off when they began to complain.

Now the technological age is here, and we can see how schools take tremendous pride in making themselves available to parents, be it by phone, email, or enabling direct contact with a teacher. Indeed, many parents are on first-name terms with members of staff, something which is a far cry from the 1970s. Clearly, staff keep an eye on children and parents know this.

Boarding may have once been a tedious and isolating experience. One only has to read the recollections of Prince Charles who attended Gordonstoun to realise this. One negative factor of boarding is homesickness. Children just have to accept this will disappear after a couple of terms, and schools now have special counsellors and ‘homesickness’ policies in place to help tackle the matter. Boarding schools are no longer places where pupils must hide their feelings for fear of being ridiculed or bullied. Some schools even encourage pupils to be open about feeling homesick, as there will always be someone at hand, like a matron, a house tutor, a house parent, or a trained sixth-form mentor, to console them. Certainly, society and attitudes have come a long way.

British boarding schools offer a home-away-from-home environment in many ways. Unlike in the past, everyone looks out for everyone else. Older pupils offer book clubs and console younger pupils. Matrons hug children when they are down. Famously strict teachers lead extracurricular activities, and are known to get muddy to build rapport with pupils. The boarding school environment is extremely nurturing, and we would not want it any other way.